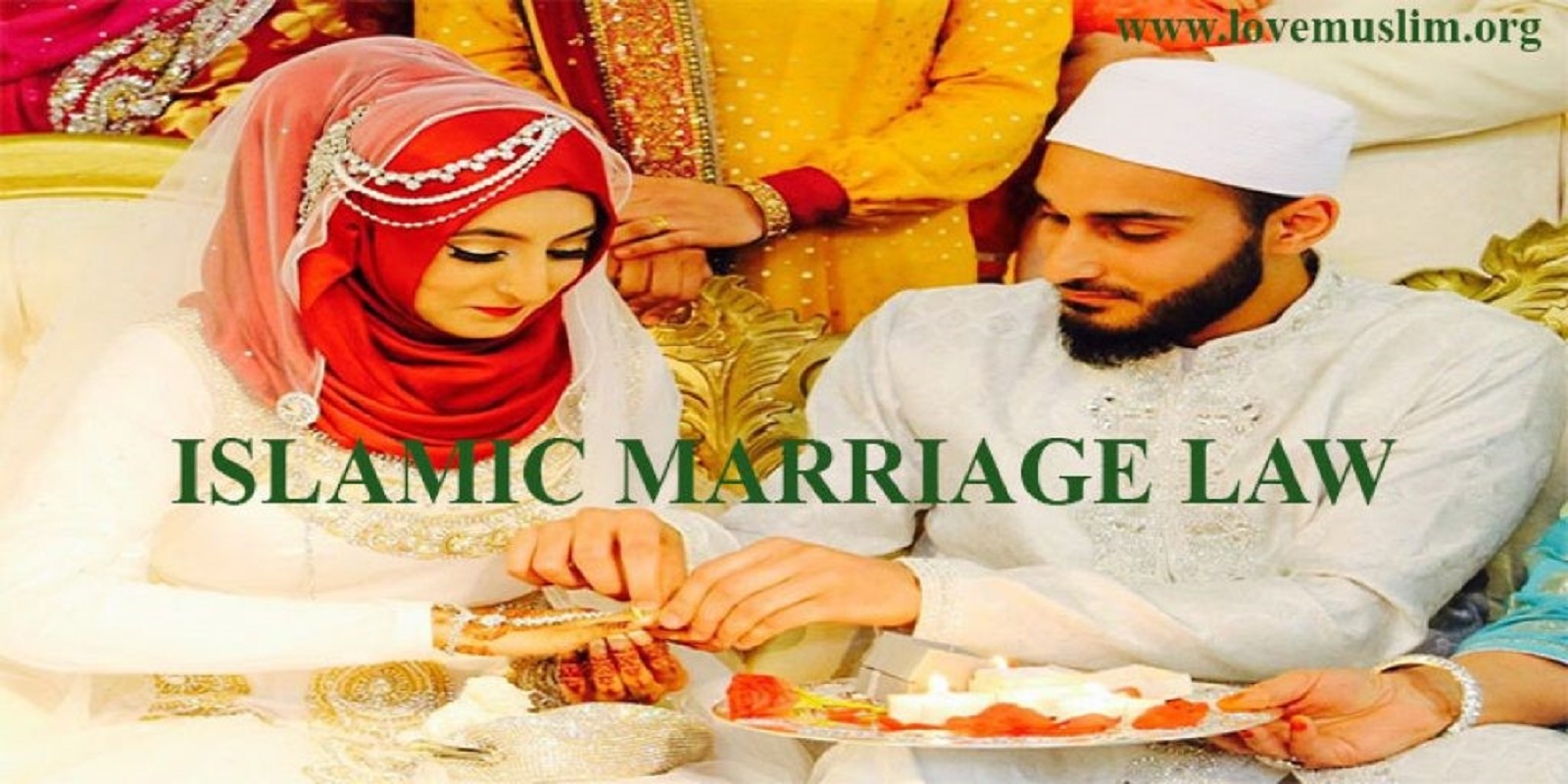 For Every single species, Allah (SWT) has made it into pairs that’s mean male and female So that you think or ponder. If Allah had wanted to he could have made us so that we reproduce individually like the amoeba or bacteria  but Allah is saying of his miracles is that he made the species the biological species into two pairs male and female why so that you can think and ponder why so that it is a miracle why sir that is is as a sign why so that you can find comfort and peace in the other . We will talk today about “Marriage Law in Islam”.

“Marry the single people from among you and the righteous slaves and slave-girls. If you are poor, Allah (SWT) will make you rich through His favor; and Allah (SWT) is Bountiful, All-Knowing.” (Surah 24, Verse 32)
In this verse, Allah (SWT) commands us (by Him using the imperative form of the verb) to marry the single, righteous man/woman from among us. Allah (SWT) even gives us a guarantee that if we are poor or lack the proper funds, still we should not delay the marriage as Allah will take care of the couple and grant them bounties from His Grace and Mercy.

Three rukan or pillar of marriage in Islam:

And do not marry those [women] whom your fathers married, except what has already occurred. Indeed, it was an immorality and hateful [to Allah ] and was evil as a way.

Islamic marriage requirements or conditions of marriage in Islam:

“The husband, the woman (widow or divorced), without knowing her decision (ie, the decision will be sought from her and clearly tell her) can’t be married and the virgin girl can’t be married without her consent (through words or silence). They asked, “O Allah’s Messenger (PBUH)! How can I know his consent (since he will be ashamed)? He said it is his willingness to remain silent.” [Sahih Bukhari, (4741)]

The condition for marriage guardian :

“A woman can not marry another woman. Or the woman herself can not marry herself. The adulteress herself marries herself. “[Ibn Majah 1782 and Sahih Jami 7298]

So Marriage plays vital rules in our life. And getting marriage a very important decision. So I hope you find some valuable information about Islamic marriage rules. And we try to give you a referral from The Holy Quran that’s mean we talk about marriage in Quran or Hadith. I hope you like our article topic “MARRIAGE LAW IN ISLAM” so please share this information with your friends and like our Facebook page. We will next talk about Islamic rules for second marriage.

This article was originally appeared on LoveMuslim