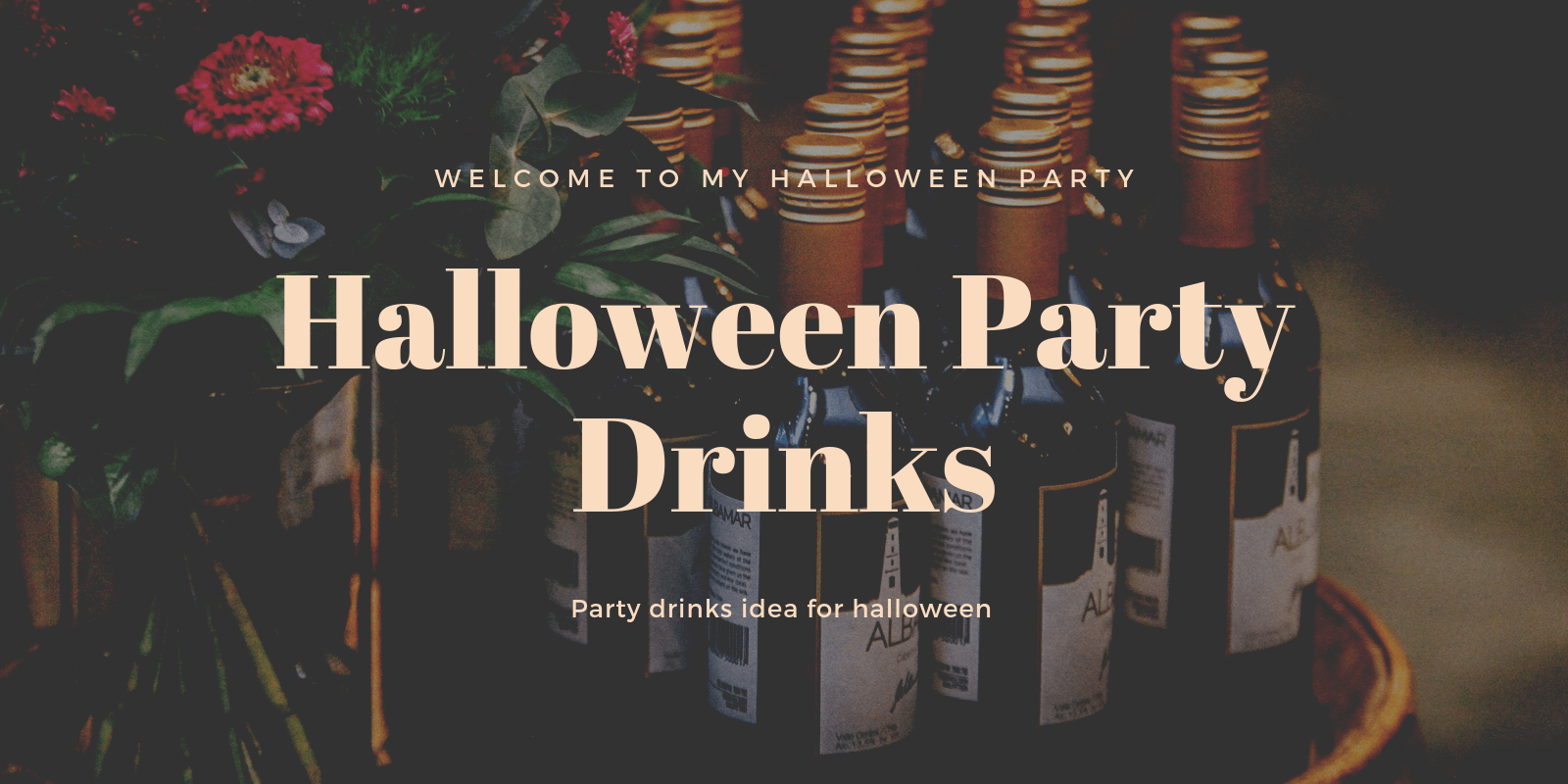 Are you thirsty? All this haunting can cause one to become quite parched, so relax with some Halloween party drinks for you and your guests! We’re going to go over some common ideas, as well as some recipes for healthier choices like Halloween smoothies.

Note: If you want to make adult beverages, it’s really just a matter of adding some liquor to these drinks, we’re not going to go too in-depth into that because for the most part this is a family site, but be creative and add a shot here, a shot there, and you’ll have the fixings for some delicious adult Halloween party drinks as well.

First off, and this one may have been mentioned on the site already but it bears repeating because it’s a really good idea, is to try to coordinate the color of your beverages with the typical Halloween colors like orange, green, brown. Basically the colors of autumn are the traditional choices.

So, what options do you have for drinks that come in those colors? well, for starters, orange soda. Orange juice may be a healthier choice, the problem is it’s not really orange per se, it’s more of a yellow color but we’ll include it for the name and the vitamin C! A row of orange soda poured into clear tumblers, next to a row of cola and green lime soda gives a cool look. I’ve seen people organize the drinks on a table to form the shape of a pumpkin, it’s a very fun idea!

Looking for something a bit healthier than soft drinks? Don’t like the idea of having a dozen sugar-crazed kids to deal with? Why not go with something a bit healthier, yet still delicious, like smoothies? You can even make fruit smoothies with ice cream for more of a milkshake, for dessert, while still being able to sneak those fruits and vitamins in without complaints.

Here’s a recipe for a healthy Halloween Party Drink Smoothie. You’ll need to multiply the recipe depending on how much you want to make. This will be enough for about 6 smaller servings.

• 2 cups of green mint ice cream (You can also use yogurt for something a little healthier)
• 1 cup of almond milk (you can use regular milk, too, or soy milk – or whatever you would like!)
• 1 cup of kale leaves (Very, very healthy and a nice Halloween color! The other parents will thank you for this one.)
• 1/2 cup of blueberries or other fruit
• 1/2 cup of pumpkin puree (You can make this yourself with your Halloween pumpkin, or you can buy it in cans!)
• A little bit of ginger tossed in for that warm, October taste.

Toss this all together in a blender and go to town. Depending on your blender, it might take a bit longer than usual to blend because of the kale, but give it time! It helps to put the kale in first so it’s already touching the blades before you turn on the blender.

Now simply disperse this Halloween smoothie into cups and serve! It’s a sweet treat thanks to the ice cream and the berries, but it’s a much better choice than just service up soda pop. Call it a milkshake, even though it has fruits and kale in it, and you can get away with serving it for dessert to even some of the pickiest eaters.