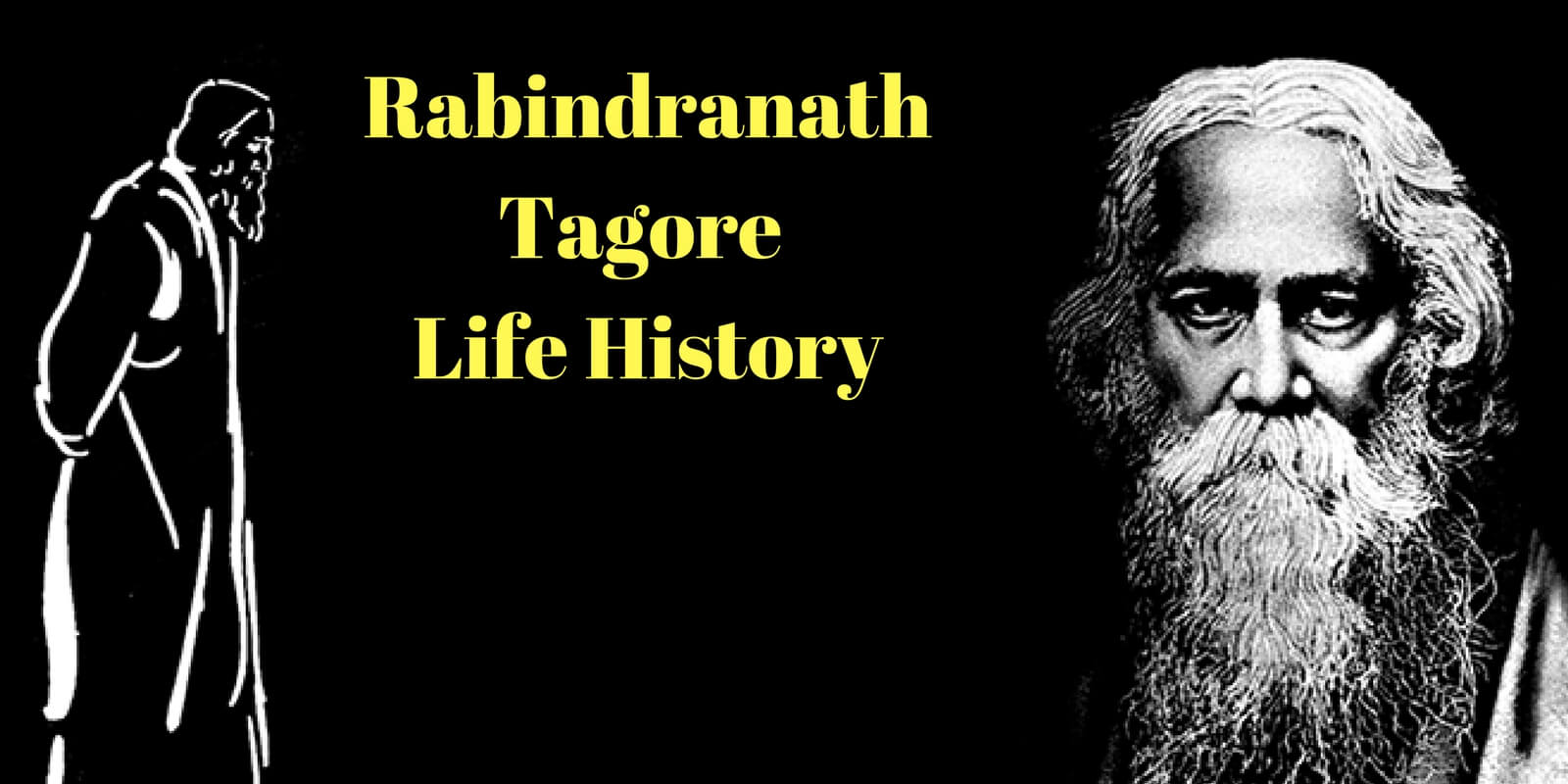 He was born in Kolkata at Jorashako. He was born in then famous Tagore Family. His father’s name was Debendronath Tagore and his mother’s name was Sarodasundori Devi. He was the fourteenth child of his parents. Tagore’s mother left them in 1875 when he was just fourteen. His father was a travel addict. He always lives in outside of Kolkata because of traveling. That is why Tagore also visited many countries with his father.

Rabindranath and Mrinalini Devi had five children. They had three daughters and two sons. They are Madhurilota, Rothindranath, Renuka, Mera, Somindranath. Somindranath and Renuka died at early age. In Tagore’s life history his family was quite famous.

Rabindranath was very much interested in literature. Even he wrote his first poem when he was just eight years old. Most of the time he didn’t complete his academic education. In childhood-

Tagore was sent to the Oriental Seminary Normal School Kolkata. (The best school on that time. Only Hindu students can study there). But he was unwilling to go school. Then he studied in Bengal Academy and Saint Xavier’s collegiate school Kolkata.

But as usual, he was unwilling to go to school. As a result, his family arranges a homeschool for him keeping a house tutor.

In 1878, he was sent to England for studying Barrister. Then in 1879, he started his law study in the University College of London. But due to attraction to literature, he didn’t complete his law and returned to the home.

Basically, Rabindranath was a poet. He started his poetry at the age of 8. His unique works were 52. But he was famous in bangle society for his music creation. He wrote almost two thousand songs of his own. Instead of song and poetry, he wrote 95 short stories, 38 dramas, 13 novels, 36 essays and stories.

He also creates a dance form. His dance form is called Rabindra dance. Rabindranath’s all creation published as Robindra Rachanbali. It was released in 32 parts.

Tagore’s achievements are listed after this chart.

His achievements were loved by all the peoples all over the world.  He won the Nobel Prize for Literature in 1913. He was the first Indian who won Nobel Prize. The British declared him as Knight (Sir) Title. Instead of this, he was rewarded by many organizations during his life and also after his life.

Tagore became sick at his last life. He became sick almost four years. He was so ill that he lived as bedridden. After long suffering, he left the earth on August 7 in 1941. He was 80 when he died. He died in his home Jorashako.

Rabindranath lead an adventures life. He was so meritorious that people from all over the world research on his work. You will get a lot of resource on Wikipedia about his life, works, poem and essays.