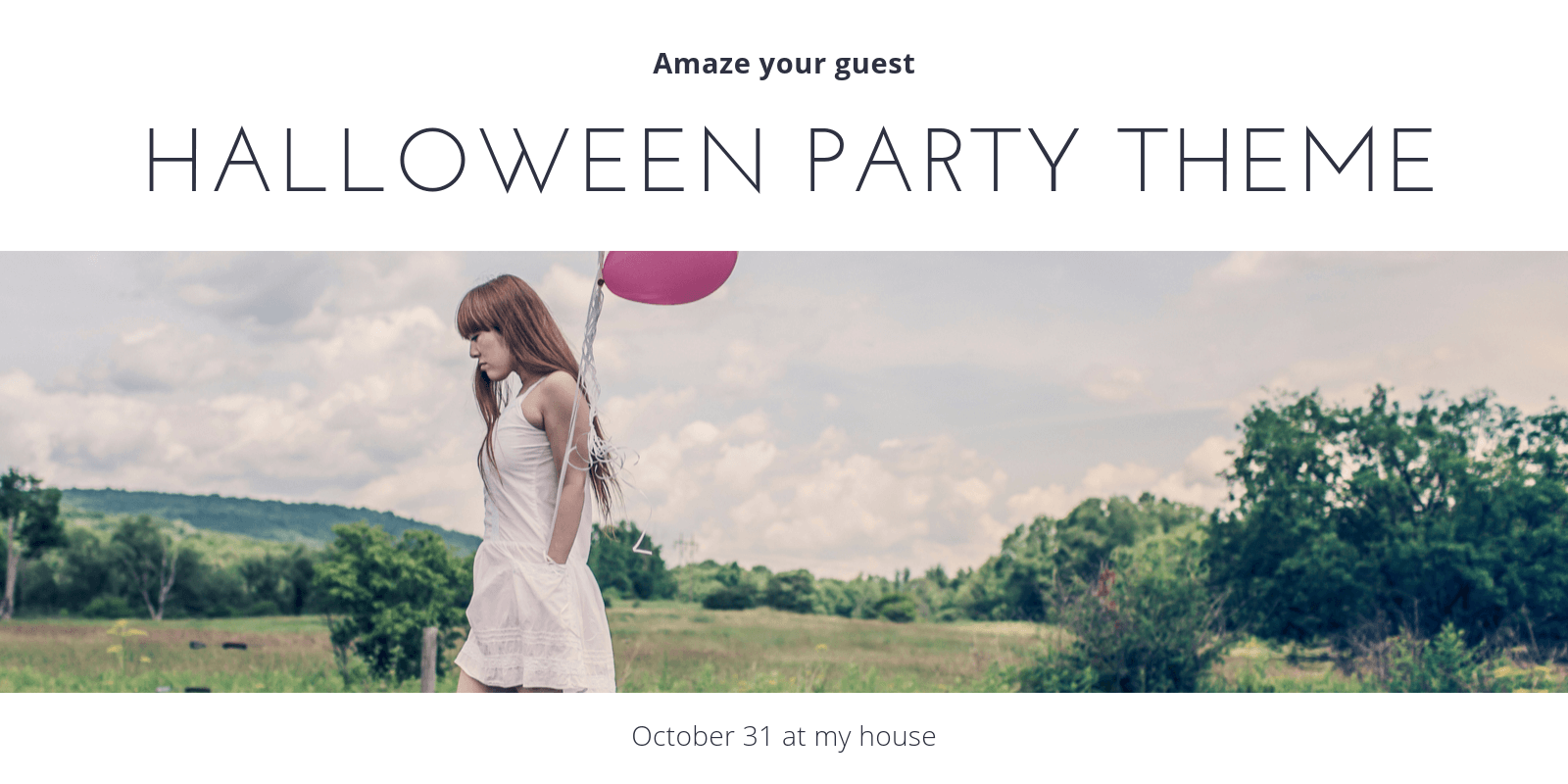 This page is all about Halloween party themes, how to choose the right theme for your party, the importance of picking a good theme, and we’ll also go over some suggestions which you can use, or at least use for inspiration!

“Halloween” in and of itself, sure, that’s a theme for a party but we’re going to dig a little bit deeper than that for the sake of this article. Halloween party themes are quite broad, so it’s good to narrow things down a bit based on various types of criteria which we’ll be going over, as well.

The first thing to ask yourself before choosing Halloween party themes should be who is this party for? For example, you could have an animal themed Halloween party for children, where they dress up as their favorite animals, maybe have some animal crackers for snacks, things like that.

Halloween party themes don’t have to be all about spooky ghosts and goblins, although “traditional” Halloween parties are also a good theme. There’s nothing wrong with a classic, right? This is referring to traditional Halloween in the fun sense, not necessarily going back to the complete roots of the holiday, let’s keep it fun right?

However, if the party is just for adults, you can be a little bit more racy with your themes. Sexy Halloween party themes are a fun choice, and they still leave room to be creative. It really depends on the group of people you’ve inviting, for example with some groups of people you might end up with a room filled with sexy nurses, however something tells me that my friends would be more likely to dress up as sexy zombies or sexy Obama.

Setting The Tone With Your Halloween Party Themes
You’ll want to choose a theme that corresponds with the type of party you want to have. Is it a wild, crazy kind of party, or a dinner party? Make sure your guests know ahead of time!

Also make sure you let everyone know if it’s a costume party or not! This is incredibly important, but often overlooked. “Halloween party” itself can be kind of ambiguous, and there’s nothing more embarrassing than being the only person who shows up in a costume to a party! Some people will just automatically assume it’s a costume party, however if you don’t specify – others will just assume it’s not unless they’re told otherwise. It varies by person, so save everybody some grief and just make it painfully obvious in your Halloween party invitations whether or not your guests should dress up.

Here are some ideas for Halloween party themes that you can use, or use for inspiration!

– Masquerade Ball (Formal, fancy attire but everyone wears masks. As an alternative, it doesn’t really need to even be fancy, it can just be a “cover your face” theme which can make things really interesting as you’re trying to guess who is who, it’s also a fun way to meet new people.)

– Toga Party (This is great for people who don’t want to have to put a lot of thought into their costumes. Do as the Greeks do and drape yourselves in sheets or curtains.)

– Fancy Dinner Party (Depending on the age of your guests, just dressing up formally can be more fun than a costume. This is great for people in High School, they’re at that age where they want to feel older, and traditional Halloween costumes might feel a bit childish. Putting on a dress shirt or a blazer, a dress, high heels, etc – that’s still like a costume and still fun for younger people. As I get older, it becomes more and more of a chore, however.)

Hopefully some of these Halloween party themes have been useful or helped to give you some inspiration for your own Halloween party. Another super fun idea is to have a Halloween party when its NOT Halloween. Everyone likes Halloween, so why wait until October to get dressed up with your friends and eat candy?